(Nearly) Knocked out by Norman Catherine at the JHB ArtFair

Home/Fun Stuff, Latest Works, Newsletters/(Nearly) Knocked out by Norman Catherine at the JHB ArtFair
Previous Next

(Nearly) Knocked out by Norman Catherine at the JHB ArtFair

Gallery owners seek artists who are “coy, cool or beating up someone in a bar,” according to the book on the work of artist Harriet Burden by Siri Hustveldt. There was plenty of each variety at the JHB Art Fair. As for the work itself, some imported, important names – Hirst and Dine for example and some local greats such as Norman Catherine and William Kentridge, (there in person on opening night, to sign his new book). Top selling work (that I could see, as some prices were marked POA) was a Robert Hodgkins’ painting that sold for a respectable R800 000. 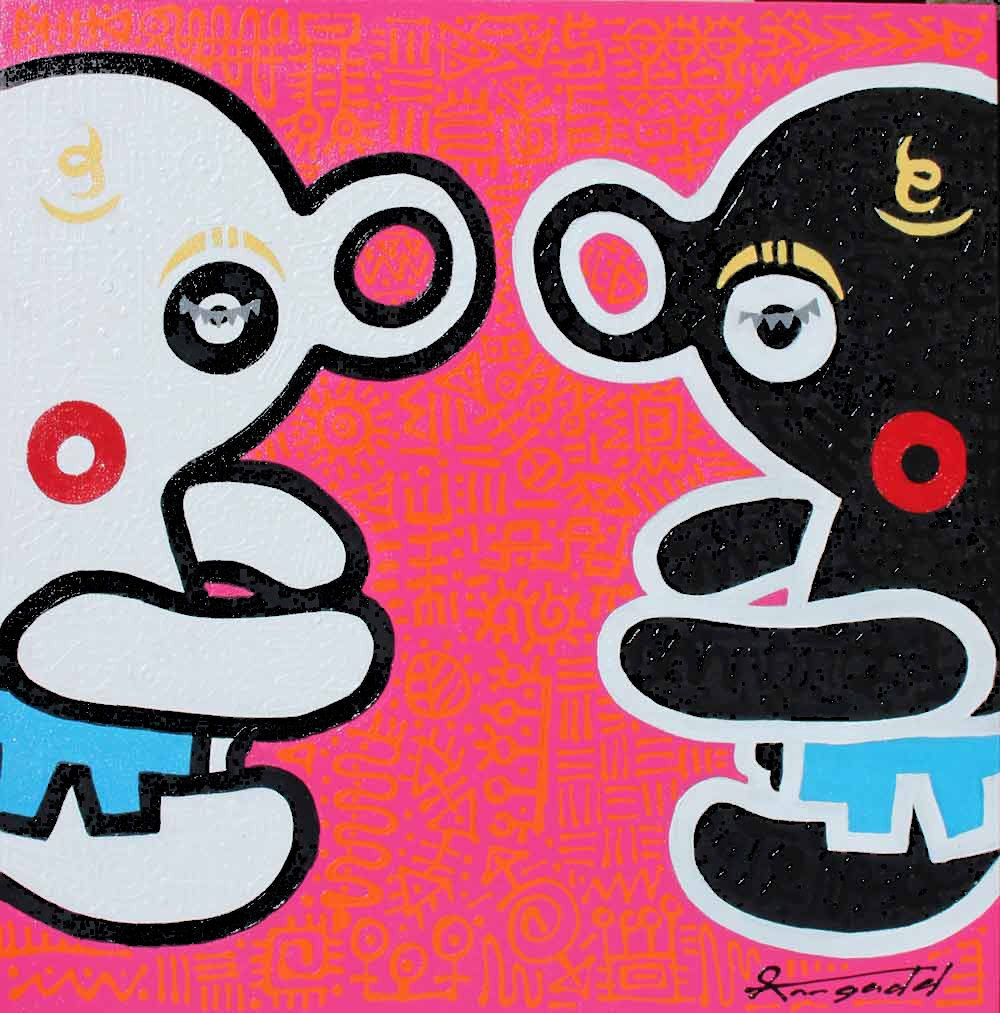 Its 16:00 Thursday. Five minutes before the ‘pre’ preview for only the most distinguished of guests. (The other lesser distinguished guests, only get let in at 18:30.) Tension hovers in the air, as last minute hanging is happening. The electricity of large sums of money about to exchange hands pervades the air. Investors move quickly around the Sandton Convention Centre, staking their artistic claims, whilst out of their partitioned pop-up “galleries,” curators and gallery owners are hovering and swaying like eels out of their caves, waiting to snap up a collector. Ilana Seati

Plastic smiles and plastic cards are exchanged. Complimentary champagne, wine and beer flow as easily as the cash does. Everyone is drinking, but no-one appears drunk. There is entertainment too, in the form of art performances. You can arm wrestle with an artist or you can watch four naked people – two men and two women, pressing on opposite sides of a piece of glass, attempting not to let it fall. (The crowds on the weekend, only get a man in an orange work suit pulling a cart of broken dolls behind him with what resembles part of his entrails and a couple with gold pointed masks.) This is an art fair and it’s more about selling than art. Stories swirl around the vast hall of sales made and collectors gained. The air is toxic with ego and alcohol, (sipped with feigned casualness in glasses that never empty.)

School children arrive on day one, scaring away serious collectors and filling the hall with giggles at some of more revealing work and having plans to seduce the equivalent talent moving around the floor, rather than adorning the walls. They annoy the galleries by taking the brochures and business cards, placed there for more well-heeled visitors. Photography is the order of the day. People take photos of everything. Gone are the days of the modest “no photography” signs. Cameras flash, i-phones click – names, paintings, people, sculptures… nothing is sacred. Soon blogs will be uploaded, Twitter will tweet like the dawn chorus and Facebook will reveal the wild and the witty. Critics stroll through the maze looking suitably bored by it all. Which star to brighten, which one to vent at and which to fade? Yawn. Seen it, wrote about it. By day four, I have studied every piece of artwork closely (and then even more closely again).

I have watched Kentridge’s latest video piece five times, listened to talks and ogled a War Horse horse. I am acquainted with each flavor of ice-cream available (dulce de leche is my confirmed favorite) but its finished by the final day. Now there is the unenviable task of taking pieces off the wall that haven’t sold. I am carrying my two paintings to the back area to pack them. I pause momentarily to allow two other artists to pass. A fraction of a second later an enormous (2m+) Norman Catherine glass framed print comes crashing down right in front of me. Someone on the other side of the partition had moved it causing the print to fall over. Seconds later and it would have shattered on my head. I have narrowly escaped death by art.